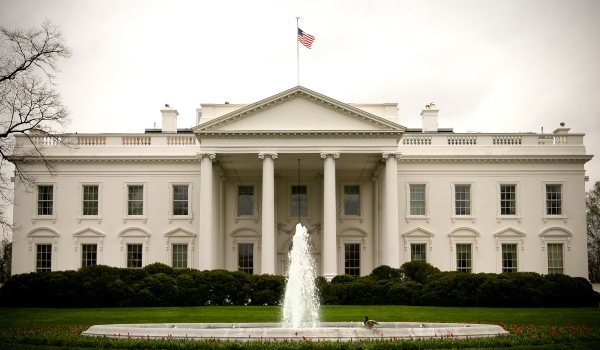 Did White House business liaison Valerie Jarrett just give the big kiss-off to Verizon Chairman Ivan Seidenberg? Or did she invite more negotiations on some crucial telecommunications issues?

A meeting between the two and the subsequent letters followed up Seidenberg’s blast at the Obama Administration on June 22, in which, speaking as chairman of the Business Roundtable, he said the Administration’s policies, including telecommunications policy, were creating a hostile environment for investment and job creation.

Seidenberg, in his July 8 “Dear Valerie” letter thanked her for taking the time to have a meeting, said it was nice to discuss a range of issues, including a couple of free trade agreements, and tossed in this little bouquet: “In addition, as we discussed, we will refine the list of proposed regulations to identify those that have the greatest potential to affect adversely economic growth and share those with you.”

Jarrett, replying on July 12 to “Mr. Seidenberg,” (not on a first-name basis here), said, “We also look forward to continuing our discussion on regulations.” While there may be some disagreement on some issues, Jarrett said, “we have an open door and are always willing to consider input and ideas from everyone, including the business community…”

For balance, Jarrett added that: “We can all agree that when lax or poorly crafted regulations contribute to problems such as the financial crisis, or the oil spill, ultimately America’s businesses and economy suffer.”

The White House made time for a meeting and paid attention to Seidenberg, as they obviously did not to Washington Post financial columnist Steve Pearlstein, who called Seidenberg “nothing more than a corporate hack peddling the much-discredited country-club nonsense that what’s good for corporate cash flow is good for America. His presentation was so riddled with hyperbole, junk economics and logical inconsistencies that it will be a long while before anyone in Washington takes him, or the Business Roundtable, seriously again.”

According to the political punditocracy, the White House wants to appear to be friendly to business and the business agenda, even though “business” has given them nothing but the back of its hand and that it’s the business agenda that to a large degree got us into the economic mess the Obama Administration is trying to solve. (The U.S. Chamber of Commerce today reiterated a similar agenda.) If the formula of deregulation and tax cutting was as good as business says, then we should be in boom times, not the bust in which we find ourselves.

When “Mr. Seidenberg” comes back to “Valerie” with his list of proposed regulations that will hurt the economy, chances are the Federal Communications Commission (FCC) will be at the top, with its modest proposal to introduce some regulatory authority over broadband. The question is how his list will be received within the White House. The sad part is no one really knows.

As the old saying goes, you aren’t paranoid if they really are after you. The progressive author Eric Alterman produced a long analysis which shows why progressives are leery of the Obama team.

An issue he doesn’t mention is the central one in telecommunications – what will be the FCC’s authority over high-speed Internet services? The FCC hasn’t sold out on that one, but there are many in Washington who think it’s a distinct possibility that the FCC will try to cut a deal with the carriers that will severely clamp down on the notion of a wide open, best-efforts Internet by giving telephone and cable companies more control over how different types of Internet traffic are transmitted.

Lawrence Summers, the chairman of the National Economic Council, spoke recently at the New America Foundation on spectrum issues. He didn’t mention, and no one asked, what he thought of what the FCC was doing on Internet and broadband issues. The way the White House has been cutting deals, no one was sure how he would answer.

If the Administration wants to be friendly to “business,” then it has to remember that “business” is not a monolithic community, nor an altruistic one. If the White House wants to make nice with Seidenberg, it should also ask how he is creating jobs. Is it by selling off properties in New England to companies that then go bankrupt? How many people did Verizon lay off? How’s their capital expenditure budget coming? Why did they stop the fiber roll out? They could ask similar questions of many of the Roundtable clan. Are there businesses that might benefit from the FCC’s proposal to put a firm legal footing under Internet access service?

Business also is in the habit of being bad winners. Even when they get what they want, it’s not enough. We saw a couple of examples lately from yet another rapacious bunch – the entertainment crowd, when, after years, courts finally decided that enough was enough.

That’s partially true, because the Bush Administration was certainly responsive to the “creative community.” They started the notorious Anti-Counterfeiting Trade Agreement (ACTA), backed legislation that created IP czars and dumped yet more penalties on consumers. There’s no doubt that this Administration, particularly Vice President Joe Biden, is on this industry’s side.

But it’s also true that business is never satisfied, as a couple of recent cases show.

A few days ago, a Federal judge reduced the damages someone would have to pay for illegal downloading of songs. From the original $675,000, student Joel Tenenbaum will pay $67,500. U.S. District Judge Nancy Gertner wrote that even an award of that size was severe, but that the original award was “unconstitutionally excessive.” (Here’s a more complete legal analysis from PK legal intern Anjali Bhat.)

The per-song amount, $2,250, is the same that U.S. District Judge Michele Davis in Minnesota said in January was appropriate in a downloading case involving Jammie Thomas.

The recording industry protested both rulings, feeling that $2,250 is too low a penalty for downloading a song that could be had for 99 cents or so. Thomas is still on the hook for $54,000, which is a tidy sum if not the $1.92 million she was originally assessed.

Perhaps the Recording Industry Association of America (RIAA), in protesting the low amount of the judgments, is keeping an eye on the bottom line. As Ray Beckerman pointed out, from documents uncovered by p2pnet, the RIAA paid its attorneys about $16 million in 2008, yet recovered only $391,000.

However, the classic whining winner came after Viacom lost its $1 billion copyright case against YouTube. U.S. District Judge Louis Stanton was fairly clear in his ruling. When YouTube “received specific notice that a particular item infringed a copyright, they swiftly removed it. It is uncontroverted that all the clips in suit are off the YouTube website, most having been removed in response to DMCA takedown notices.”

The law says that YouTube had to remove material when it got a takedown notice. They did so. End of story. The law that the entertainment industry largely drafted, the Digital Millennium Copyright Act, said they had to take the material down after a protest. It was, according to the law.

That didn’t sit well with the entertainment community. The Copyright Alliance asked: “How did we find ourselves in a world where a group of venture-funded entrepreneurs can knowingly build a business model off of the display of unauthorized copyrighted works, be on the record as knowing that their cash flow would stem almost solely from this infringement, and still get off the hook as long as they took works down after being notified by the copyright owner?”

The answer is – It’s the law. It’s been the law for a dozen years.

Director Taylor Hackford wrote: “We are extremely concerned about the implications of the judge’s decision, which permits those who engage in or enable Internet theft to build sites using illegal content provided the site operators promise to take the illegal content down later if they are caught and notified.”

It’s not only the law, it’s Your law, Mr. Hackford. The industry got 99 percent of what it wanted out of that bill. Thank America Online (the pre-Internet, pre-merger AOL that ruled the online world back then) for that one common-sense item “business” didn’t get. AOL argued, and Congress accepted the argument even back in 1998, that there would be no way for an online service manually to track every piece of information posted to a site.

The lesson here is fairly clear to the White House and its inhabitants, and to the denizens of the FCC. You can’t please some people. They will push until they get what they want and then they will push some more. That’s their job. Your job is to look out for the greater public good, for consumers and for those businesses that don’t have $6 million to spend on lobbying fees in one quarter alone as AT&T did, with Verizon close behind. A large part of the decision, Ms. Jarrett, rests with you.

Previously published on publicknowledge.org and is republished here under a Creative Commons Attribution ShareAlike 3.0 License.
—

Talk to you soon.

If you believe in the work we are doing here at The Good Men Project and want to join our calls on a regular basis, please join us as a Premium Member, today.

All Premium Members get to view The Good Men Project with NO ADS.

Need more info? A complete list of benefits is here.

The post White House and Fcc Should Know There’s No Pleasing Some People appeared first on The Good Men Project.