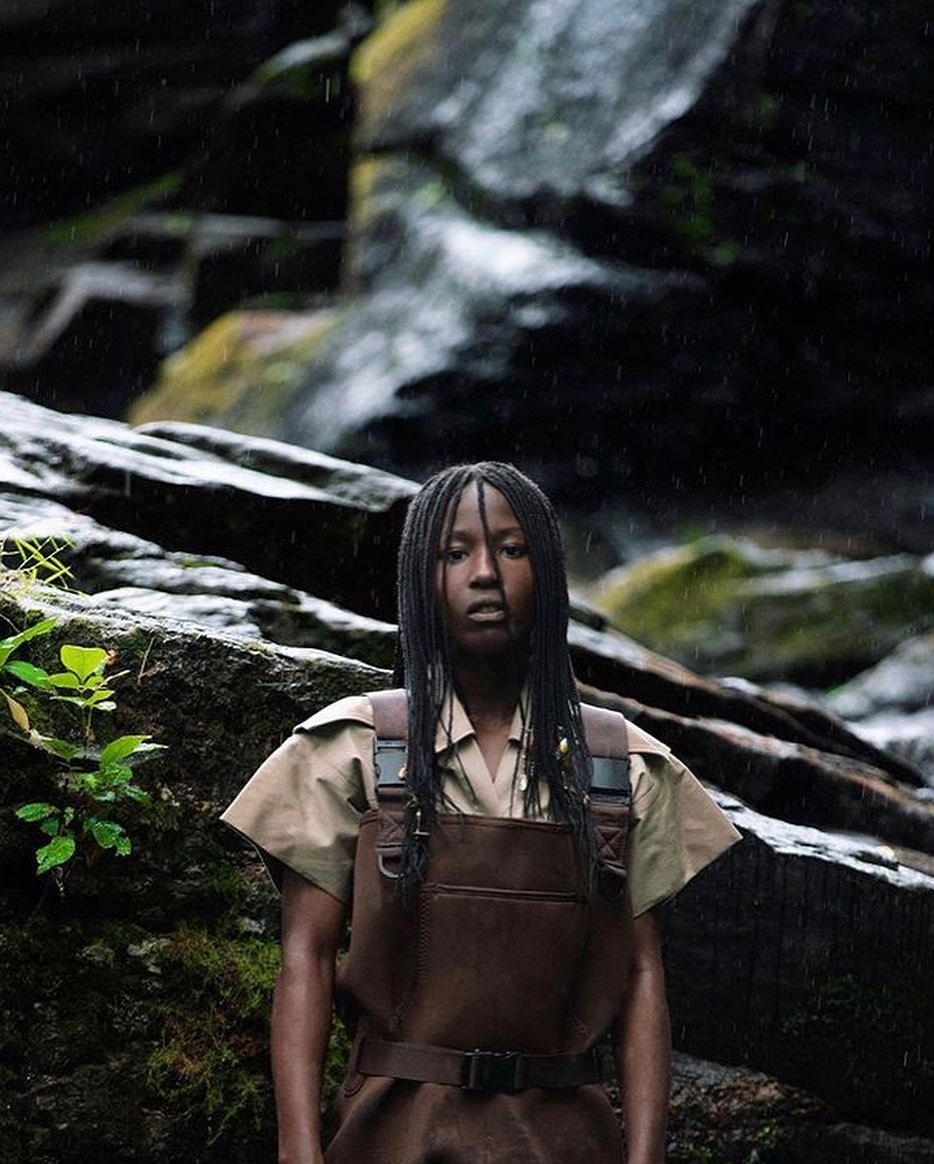 New Release Friday always promises to be a treasure trove of the now and next in music, so leave it to PAPER to comb through obscure and mainstream corners of the internet and bring you the best. I curate this list each week and have specific, yet impossible-to-define taste in music, so who knows what'll pop up here? Kindly adopt the 10 songs, below, as your new favorite children and watch them grow up as you indulge my spiraling over whatever the hell I want every week! Is that too much to ask? Maybe, but thank you in advance.

HAWA's debut project the One is out now, and on "Get Famous," a syrupy, hollowed-out R&B cut, she's not fucking with social climbers or people with agendas. Come to her real or don't come at all.

UK artist Bree Runway serves major Missy Elliott teas in her high-energy new single, "Apeshit," the first release since last year's excellent Be Runway debut EP. On the song, which shifts effortlessly between classic "It Takes Two" house samples to nimble electro-pop she leans into clever boasts about her originality: "You basic, you ain't got the fragrance."

Megan Thee Stallion's debut album Suga is out today, and she comes out swinging on "Captain Hook," a raunchy sex anthem on which her empowering Hot Girl Summer brand is fully intact. The bass knocks courtesy of collaborator Lil Ju, and Megan, is fully in control: negotiating the terms of her relationships and kicking all toxic energy to the curb.

Related | Megan Thee Stallion Was Made for This

Jhene Aiko's third album, Chilombo is out today, and of the range of self-examining tracks, "B.S.," her collaboration with H.E.R., is cutting ties from those who betray her trust. In doing so, Aiko reclaims her power over crisply produced, mellow R&B beats, and is "acting foolish like I'm 17." On the surface, she and H.E.R. sound impenetrable, but a closer listen reveals their underlying vulnerability. Avoiding love-related B.S. is also a careful way of guarding the heart's more delicate contents.

There's nothing much more glowing to say about the "Sugar" remix's merits other than it includes top, unexpected names across genres (Brockhampton teaming with Dua Lipa, queer pop musician Ryan Beatty, and '90 R&B singer Jon B) with nostalgic production. Like a teenybopper hit on the radio, or the MTV premiere you rush home from school to see, the "Sugar" remix hits all the right notes.

Following a series of increasingly candid interviews and songs exploring the near-fatal overdose she suffered last year, Demi Lovato is clearly on the mend. "I Love Me" is an electro-pop stunner about the singer's efforts to stop beating up on herself. "I wonder when 'I love me' is enough," she sings, sounding victorious even as a chorus of self-doubt threatens to drown her out. Lovato won't let that harsh inner critic win, and it's a message that we all should do the same.

At first listen, Cyn's moody new song "Drinks," from the Promising Young Woman soundtrack, seems like it's about a fun night out. Several spins in, you'll realize it successfully foregrounds a very timely premise, in line with the film's subversive plot about rape culture. Society demands women account for their choices in compromising situations — what they wear, how much they've had to drink — without doing the same of men. If you find Cyn's tone menacing throughout the song, it's good that you're uncomfortable: "I don't know what the problem is, I don't think it's me," she sings. Let that sit awhile.

Perhaps unsurprisingly, Dixie Chicks' triumphant return to music, "Gaslighter," cuts straight to the heart. As a trio of outspoken women who have endured their share of (very public) gaslighting, when lead singer Natalie Maines sings "you liar," you know she really means it. Breezy acoustic guitar and fiddle back their harmonies, radiant and crystalline as ever. That said, if you're listening to "Gaslighter" and feeling guilty for whatever reason, perhaps it's time to look in the mirror.

Empress Of wants to be better at love, knowing it's hard work to maintain an equal partnership. And on "Give Me Another Chance," she's even willing to give it up if it means she can successfully course-correct. Her diamond-cut harmonies certainly sweeten the deal.

Related | In Conversation: Empress Of and Perfume Genius

Lil Uzi Vert's long-teased new album Eternal Atake is out now, and "Lo Mein" simply slaps — a hypnotic swirl of playful melodies, atmospheric beats and delightfully strange lyrics that you'll want to turn up to 10 and hop around in Gucci slides to.

What's your favorite track this week? Enjoy chaos and taste in equal measure, and stream our Bops Only playlist every week, below.