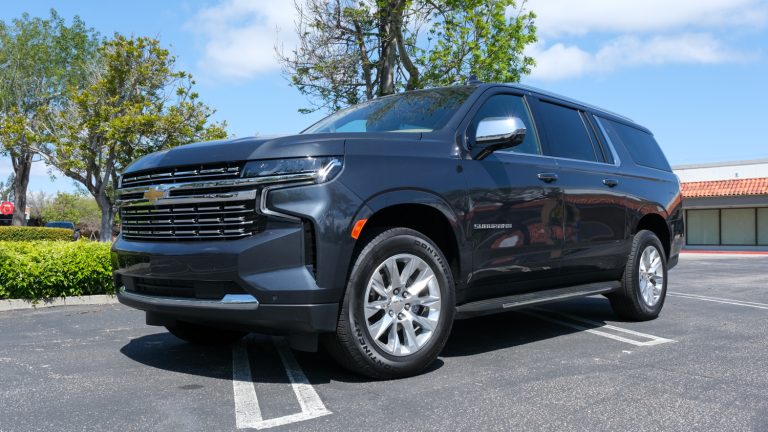 There are plenty of large family cars out there, but few as huge as the 2022 Chevrolet Suburban. The Suburban has long been a solid option for those that want three rows of seating and plenty of storage room on top of that, and the 2022 model is a great example of why.

But the Suburban isn't just big. It's powerful and offers plenty of great modern features too. Safe to say, whether you're in the driver's seat or all the way back in the third row, you'll be riding in style.

But there are some drawbacks to something like this. While the rest of the car world is marching towards electric, the Suburban is decidedly not electric -- and frankly, not very economic. And, while it's certainly luxurious, it does lack some features on offer by rivals.

Is the 2022 Chevrolet Suburban the big family car to beat?

The 2022 Chevrolet Suburban is big and bulky, but if that's what you want or need it's an excellent option, thanks to its premium interior and powerful engine.

BGR may receive a commission 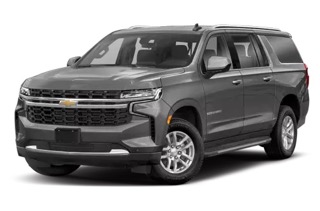 BGR may receive a commission

Some cars feel roomier on the inside than they actually are. The Suburban is not like that. It feels roomy on the inside, to be sure, but it also happens to look huge from the outside.

In terms of measurements, the Suburban is an impressive 226 inches long, longer than the last-generation model by 1.3 inches. It's larger than almost any other SUV out there too, even Chevrolet's own Tahoe. In fact, it's built on the same platform as the Chevrolet Silverado 1500 pickup truck.

This is the second year of the Suburban's current design, having received a redesign in 2021. Still, it's basically a rectangle on wheels. That's not necessarily a bad thing -- it's a very stylish rectangle. But it's boxy and unapologetic, which is exactly what you would expect.

Our model has the Premier trim, which gives it a lot more...chrome. You'll get bright chrome accents on the black grille, chrome mirror caps, and chrome door handles. It's not exactly my style, but it looks good, and I suspect many Suburban buyers will love it.

The interior of the Suburban is spacious and premium. There's a ton of storage for both belongings and people, and if you have a large family, you probably can't do much better without buying an actual bus. The Suburban can have up to eight seats spread out from its three rows, however ours has seven thanks to the executive second-row seats.

The Suburban has a nice stitched leather throughout, and it's relatively soft and comfortable. At the front, Chevrolet has removed the oversized gear shifter in favor of gear buttons, and the result is that you'll get a ton of storage. That includes a huge wireless charger, which I found difficult to place an iPhone 13 Pro on centered. Also at the front of all but the base trim is a 10.2-inch infotainment display (the base model gets an 8-inch one).

There's a ton of storage in the Suburban too. You'll get a hefty 41.5 cu-ft of space with the third-row seats up, or an impressive 144.7 cu-ft with the seats down. Those seats can be easily lowered with a button.

The 10.2-inch infotainment display is bright and easy to see on the Suburban. Even better than that, the car comes with Google apps and services built into the infotainment system. You'll get quick and easy access to Google Assistant, Google Maps, and Google Play, and if you're plugged into Google's ecosystem, you'll love what's on offer here. I really appreciate the reliance on solid services -- Google Maps is just better than anything the car manufacturers have come up with themselves.

Of course, all these Google apps and services aren't lightweight, and unfortunately, the system is pretty slow. It regularly stutters and freezes while trying to load things, and the result is that you'll have to wait a second or two every time you touch the display. That's especially true of voice controls, which I found took much longer than they should have.

The system also, however, supports Android Auto and Apple's CarPlay, through a wireless connection. That's super helpful, especially for those that tend to use Apple apps and services instead of Google ones.

As you would expect from a new car in 2022, the Chevrolet Suburban has a number of safety and driver-assist features that you might find handy. You'll get blind-spot monitoring, and a forward collision warning with automatic emergency braking. And, you'll get a lane-keeping assistant that can warn you when you're drifting out of your lane.

One of my favorite features that's present on our review model is the 360-degree camera view, which I find very helpful when trying to park this beast of a vehicle. That feature is only available in some trims, including the highest-end High Country trim.

There are a few different engine options for the 2022 Chevrolet Suburban. There's a 5.3L V8 engine, or a 6.2L V8 engine. Or, you could go for the 3.0L Turbo Diesel engine, which is the most efficient of the bunch. All of the engines hook up to a 10-speed automatic transmission. Our model has the 6.2L V8 engine.

With this engine, I found the Suburban to offer excellent performance. It's not the most responsive car out there, but you wouldn't expect it to be. Still, it's clear that it's got some serious grunt, and can get from 0 to 60 in under 7 seconds.

The braking power on the Suburban is excellent, especially for a vehicle of this size. I found that it was able to handle pretty well too. It can be a little tough to drive something this big, especially in city centers, but it still steered pretty well, even in sharper turns. It's not the most responsive vehicle out there, but you'll get used to the feel of it.

The 2022 Chevrolet Suburban is a beast. It's comfortable and powerful, and boasts enough space for large families. It's worth considering whether you really need something this huge, but if you're comfortable with the size, then you'll love the 2022 Suburban.

The Suburban is bigger than most other options out there, but there's still some competition to note. For example, it's wroth considering the Chevrolet Tahoe, which is a little smaller, but also a little cheaper than the Suburban. If you're willing to go slightly smaller, the Tahoe is probably the way to go.

Should I buy the 2022 Chevrolet Suburban

Yes. It's big and bulky, but if that's what you want or need, the Suburban is a great option.